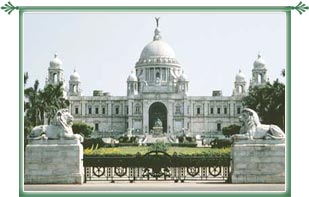 Naming of Bangalore
There are numerous versions related to the naming of the city as 'Bangalore'. As per the information available in the Gazetteer of India, the term 'Bangalore' is an anglicized version of "Bengalooru," a Kannad term. The word Bengalooru was in turn derived from the phrase 'bende kaalu ooru', meaning 'the town of boiled beans'. There is story behind naming the city as the 'town of boiled beans'.

It is said that King Ballala of the Hoysala dynasty once got lost in the jungle and was very tired and hungry. In the jungle, he came across a poor and old woman, who offered him some boiled beans. As an expression of his gratitude towards the woman, the King named the place as 'bende kaalu ooru'. However, there are other historical evidences that reveal that the name 'Bengalooru' was recorded much before the reign of King Ballala.

The Time of Kempe Gowda
Kempe Gowda, known as the founder of Bangalore, played a very important in the shaping of the city. A feudal lord himself, he used to serve under the Vijayanagara Kings. A hunting enthusiast, Kempe Gowda once saw his dog being chased by a hare. Amused as well as impressed up this incident, he started calling Bangalore as 'Gandu bhoomi' (heroic place). He, with the help of King Achutaraya, built a mud fort in Bangalore and inside it founded the towns of Balepet, Cottonpet, and Chickpet. Later, his son got the four watchtowers erected on the boundaries of the city, visible even today.

Reign of the Sultans, Marathas and British
In the year 1638, the Vijayanagara Empire fell to the Sultan of Bijapur, Mohammed Adil Shah. For the next sixty years, the city was under the rule of the Sultans. Thereafter, Mughals took over the city. However, their rule did not last too long and in 1687, they sold the kingdom to King Chikkadevaraja Wodeyar of Mysore. He got another fort built in Bangalore, to the south of the one built by Kempe Gowda. Hyder Ali received Bangalore in the form of jagir in 1759, from Krishna Raja Wodeyar II. He converted the city into an army town.

In the year 1799, when Tipu Sultan died, the British returned the kingdom back to Krishna Raja Wodeyar III. However, the British again took over the kingdom in 1831, citing misrule by Krishna raja Wodeyar III as the reason. It was under the British rule that Bangalore started developing into a modern city, with all the contemporary facilities like railways, telegraphs, post and telegraph, etc. The city was again given back to the Wodeyars in 1881. However, since the British Commissioners were based in Bangalore, its development into a contemporary city continued unabated.

Post-Independence
After India gained independence in the year 1947, Bangalore became the capital of Karnataka. From then onwards, the city has witnessed large-scale development and has grown in leaps and bounds.

Re-naming as Bengalooru
The city of Bangalore got renamed as Bengalooru in the year 2006. Even though the term 'Bangalore' is still very common, now the official name of the city is Bengalooru.