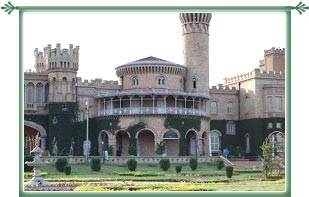 The city of Bangalore has numerous tourist attractions to keep its visitors busy. Right from beautiful gardens to serene lake to magnificent palaces, the city offers a wide variety to those who are planning to go on Bangalore sightseeing tours. Check out the information given below before going on a tour to India.

Bangalore Aquarium
Bangalore Aquarium is situated on Kasturba Road, at the entrance of the magnificent Cubbon Park. It is housed inside an octagonal-shaped building and boasts of having an exotic variety of aquatic life.

Attara Kacheri
Attara Kacheri of Bangalore is a building housing the High Court. Situated opposite the Vidhana Soudha, it dates back to the year 1867. One of the major attractions of the Attara Kacheri is its Gothic Style of architecture. It is a two-storied building, built in the European classical style.

Bangalore Palace
Bangalore Palace is situated in the Palace Gardens, at the heart of the Bangalore city of India. Built in the year 1887 by Wodeyar dynasty, it is adorned with magnificent woodcarvings and Tudor-style architecture on the inside.

Bangalore Gandhi Bhavan
Gandhi Bhavan of Bangalore is dedicated to Mahatma Gandhi, the Father of the Nation. The Bhavan was set up with the intention of promoting the life and teachings of Gandhiji.

Cubbon Park
Cubbon Park is situated near Gandhi Nagar in Bangalore. Dating back to the year 1864, the park was laid by Sir Mark Cubbon, the then viceroy of India. Infact, the park has been named after him only. The fairy fountains and an august bandstand were added later on.

Government Museum
The Government Museum of Bangalore counts amongst the oldest museums in India. It is located at the Kasturba Gandhi Road, quite near to the magnificent Cubbon Park. Colonel Sankey designed the main building of the Government museum and got it constructed in the year 1876.

Tipu Sultan Fort
Tipu Sultan Fort was initially built by Kempe Gowda, the founder of Bangalore. The fort was later extended by Tipu Sultan, the Emperor of Mysore. Situated near the City Market, the fort dates back to the year 1537.

Ulsoor Lake
Ulsoor Lake is situated on the northeastern fringe of the city center, near the busy M. G. Road. The lake was constructed by Kempe Gowda II, during the later half of the second century. Spread over an area of approximately 1.5 square kilometers, the Ulsoor lake of Bangalore is dotted with islands.

Vidhana Soudha
Vidhana Soudha counts amongst the most impressive as well as the most magnificent buildings in the Bangalore city of India. It is mainly famous for hosing the Legislative Chambers of the state government.