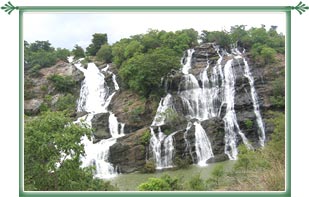 Bangalore excursions comprise of the numerous places that are worth visiting near the city. The tourist places near Bangalore have something for everyone, right from wildlife enthusiasts to devotees. So, don't wait any longer. Just pack your bags and get ready to enjoy the various excursions that Bangalore abounds in. In the following lines, we have provided a brief introduction of the places to see around Bengalooru, India.

Karnataka Folk Museum
Karnataka Folk Museum is situated at a distance of approximately 53 kms from the Bangalore city of India. Spread over an area of 15 acres, it lies on the Kumara Park West, Sheshadripuram. Managed by Karnataka Janapada Trust, this folk museum was set up to promote the diverse folk life of Karnataka.

Kolar Gold Fields
Kolar Gold Fields are believed to be the second deepest gold mines in the world. Situated at a distance of approximately 120 km from Bangalore, these mines were closed down in the year 2003 because of reducing deposits and hiking costs.

Nandi Hills
Nandi Hills serves as the perfect weekend getaway for the Bangaloreans. Situated at a distance of approximately 65 km from the Bangalore city, this hill station was once the summer retreat of Tipu Sultan, the Emperor of Mysore, and later, the British.

Savandurga Hills
Savandurga is the name given to the hills situated at a distance of around 60 km to the west of Bangalore. Rising to an altitude of 1226 m above the sea level, these hills are considered to be one of the largest monolith hills in India.

Whitefield
Whitefield is a suburb of Bangalore, situated at a distance of approximately 24 km from the heart of the city. The place is mainly known for housing the Brindavan Ashram of Sri Sathya Sai Baba. Inaugurated by Sai Baba on 25th June 1960, the ashram lies near the Whitefield Railway Station.

Devarayanadurga
Devarayanadurga is a beautiful hill resort, nearly 79 km from Bangalore. The major attractions of this hill resort are a natural water spring and an artificial lake. The Indo-Danish Dairy project and Government Horticultural and dairy farms are also situated here.

Muthyala Maduvu (Pearl Valley)
Muthyala Maduvu, also known as the Pearl Valley, is located nearly 44 km from the Bangalore city. Its major attractions comprise of a 300 ft high waterfall and its picturesque surroundings.

Ramohalli
Ramohalli is a big Banyan tree, situated at a distance of 18 km from Bangalore. Spread over an area of 4 acres, this tree is estimated to be approximately four hundred years old.

Shivaganga
Situated nearly 56 km from Bangalore, Shivaganga town is also known as Dakshin Kashi. Two popular shrines are situated here, one dedicated to Lord Gangadeshwara and another to Goddess Honnadevi.