The most common language of Bangalore is Kannad. Know more about the languages spoken in Bangalore/ Bengalooru, India.
Bangalore: Culture : Bangalore Languages 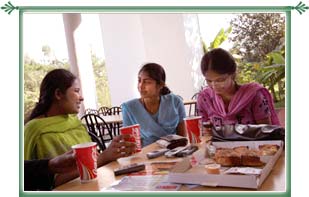 Kannad
The most common language in Bangalore is Kannad. The majority of the population of the city converses in Kannad. It belongs to the Dravidian family of languages and is the official language of the state of Karnataka.

English
A significant number of people in Bangalore speak English. Infact, almost all the younger generation of the city speaks English.

Tamil
Also belonging to the Dravidian language family, Tamil is spoken by a sizeable population in the city.

Hindi
The national language of India, Hindi is spoken in Bangalore also. However, the proportion of the population speaking Hindi is quite small.