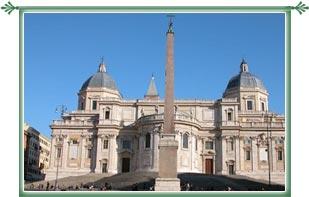 St. Mary's Basilica is situated opposite the Russel Market Square in Shivajinagar, Bangalore. Initially, the basilica was built as a small chapel by Abbe Dubois, in the year 1818. However, later, Reverend L.E. Kleiner got it converted into an ornate Gothic style church. In 1882, St. Mary's Basilica was adorned with a large number of stained glass windows, imported from Paris. However, during World War II, these windows were removed and then again restored in the year 1947, the year of India's independence.

The Basilica has an imposing tower and gothic-style pointed arches. It was only in 1973 that Saint Marys Church of Bangalore was given the status of a Basilica, making it the sixth Basilica in India. The status was awarded through a Papal order by Pope John Paul VI. One of the major attractions of this basilica is the St Mary's Feast, held every year in the month of September. Devotees from far and wide come to Bangalore in September to attend this grand feast.