The city of Bangalore is endowed with a pleasant weather and climate. Read on to get Bangalore weather information.
Bangalore: Travel Tips: Bangalore Weather 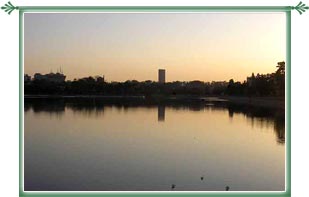 Nature has gifted Bangalore city with a very pleasant and moderate climate. In Bangalore, neither would you tremble with cold in winters, nor would you drench with sweat in summers. Bangalore weather boasts of cool winters and warm summers, without any extremes in both the cases. In this article, we have provided information about the weather of Bangalore. Read on to explore Bangalore weather and climate further.

Summers
As per Bangalore weather, the summer season lasts from April to June. The maximum temperature during the day rarely exceeds 33 deg C, making the summers quite mild.

Winters
Winter season in Bangalore stretches on from December to February. The minimum temperature in winters hovers somewhere around 10 deg C, with the coldest month being January. Early morning fog can also be experienced during December and January.

Monsoon
The monsoon season in Bangalore is from June to August. The southwestern monsoon rains drenches the city in monsoons, taking the humidity to as high as 76 percent.

The city of Bangalore counts amongst the few cities in India that experience an agreeable weather throughout the year. Still, the best time to visit the garden city of India is between October and February.